An updated audit of 731 VA medical facilities released last Thursday June 19 found tens of thousands of more veterans not included previously have to wait at least a mouth for a medical appointment at Veterans Affairs hospitals and clinics, according to Matthew Daly’s article – Tens of thousands more veterans than previously reported are forced to wait at least a month for medical appointments. The updated report showed new figures on the wait times experience at most VA facilities were shorter than the waiting lists for pending appointed e.g. new patients at Atlanta VA hospital wait 44 days for an appoint in April where the average wait for pending appointments at Atlanta were 66 days. Similar disparities were found across the country with more than 56,000 veterans waiting more than 90 days for an initial appointment. Acting VA Secretary Sloan Gibson believes there is more work to be done, though his department has reached out to 70,000 veterans to get them off waiting lists and into clinics. The report shows 10 percent of veterans seeking care at VA hospitals and clinics wait 30 days for an appointment which is double the 4 percent previously reported the previous week. The VA is investigation widespread manipulation of appointment data following dozens of confirmed allegations of veterans dying while awaiting appointments at the Phoenix VA medical center. According to some 13 percent of schedulers surveyed by auditors, they were told to falsify wait times on appointment records by supervisors to make them appear shorter. In exchange for the delay, schedulers were given a performance bonus. The June 9 audit found that 57,000 veterans were waiting 90 days for their first medical appointments and an additional 64,000 have never gotten an appointment. The new report found the numbers to be lower at 56,300 and 46,400. VA Secretary Eric Shineski resigned three weeks ago over treatment delays and wait listing problems at VA facilities nationwide. Shineski took the blame for the lack of integrity within the VA network, while the Hose and Senate approved separate billed to allow veterans to seek local doctors if a VA appointment cannot be made in a timely manner. 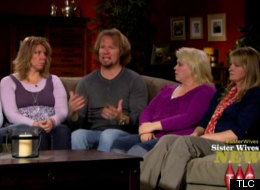