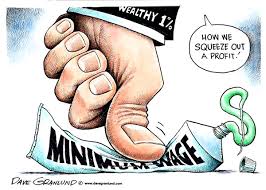 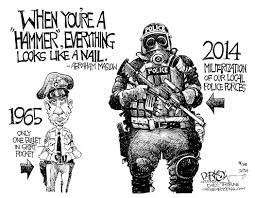 With re-elections and elections on the minds of many political hopefuls and political veterans, the minimum wage debate continues to heat up among incumbents and their would be opponents. As Jim Kuhnhenn reports, Obama: ‘Revving’ up economy calls for higher wages, President Obama on Monday renewed his push for a minimum wage increase from Congress delivering the speech on behalf of Democrats opening their fall campaigns for midterm congressional elections. He told a union crowd in Milwaukee: “America deserves a raise. By almost every measure the American economy and American workers are better off than when I took office. The engines are revving a little louder.” The purpose of his pep talk was to help Democrats facing tough races and draw campaign contrasts with Republicans who maintain an increase would hurt small business and slow hiring. Despite no federal increase, 13 states raised their minimum wages at the beginning of this year and adding jobs faster than those that did not. Obama gave his Labor Day speech in Wisconsin where the fight over collective bargaining rights of public employees has taken center stage. The Republican Governor, Scott Walker, recently stripped most public sector union members of their ability to collectively bargain and faces a tight re-election campaign with Democrat Mary Burke with election over two months away. The White House is encouraging Democrats to talk about the recovery as they head into November mid-term elections. The numbers for August included more than 200,000 jobs created per month for six consecutive months, a six-year high in auto sales, second-quarter economic growth that exceeded expectations and an expanding manufacturing sector, unemployment rate stands at 6.2 percent, dropping 1.1 points over the past year, and the stock market has nearly tripled in five years. According to the liberal Economic Policy Institute, there are significant weakness in the labor market including the long term unemployed, lower labor participation and real hourly wages fell from the first half of 2013 to the first half of 2014 for all income groups, except for a 2-cent increase for the lowest income level. A new survey by Rutgers University found that Americans are more anxious about the economy now than right after the recession ended. Meanwhile, Biden, speaking at the annual Labor Day parade in Detroit, said: “A job’s about a lot more than a paycheck. It’s about your dignity, it’s about your place in the community, it’s about who you are. It’s about being able to look your kid in the eye and say, ‘Honey, it’s going to be OK.’ That’s what a job is about. You can’t do that unless you get a fair wage. If the middle class is doing fine, everybody does fine,” he said. “The wealthy get very wealthy, and the poor have a way up. Middle class … means you get to own your home. It means you get to send your kid to a decent school, that if they do well and they want to go to college, you can afford to send them to college. It means being able to take care of your parents if they get sick. it means maybe being able to save enough so you hope your kids never have to take care of you. The American people have not stopped dreaming. The American people have not walked away from what they believe they are entitled to. Just give them a chance — no handout, just give them a chance,” Biden said. “Once you give Americans a chance, they have never, never, never, never ever let their country down.” While the president and vice president talk about the minimum wage issue to people who deal with it everyday, Illinois Gov. Pat Quinn has decided two months ahead of the midterm elections to live on Illinois’ minimum wage which is $8.25 an hour, according to AOL, Why Is Gov. Pat Quinn Living Off Minimum Wage For A Week? In addition, he said $79 is what someone living on minimum wage has left over after expenses such as taxes and housing. This is ahead of a November referendum to increase the state’s minimum wage to $10 per hour. ​The governor, who WFLD reports made $177,000 last year, has been supporting an increase in the minimum wage. Other Democrats who also support this cause include Chicago Mayor Rahm Emanuel, Vice President Joe Biden and President Obama. Many believe this is election motivated, according to the Chicago Sun Times, a recent poll found 38 percent of voters in Illinois support Quinn for re-election while nearly 51 percent of voters say they support his Republican challenger. Eleven percent of voters remain undecided. Gallup’s poll last year found 76 would vote for a hike. His Republican opponent, Bruce Rauner is also in favor of an increase with “pro-business reforms” that the Chicago Tribune reports would include tort reform, worker’s compensation reform and a cut in taxes for businesses.

While candidates worry about re-election, McDonald’s. Wendy’s and other fast food restaurants are expected to be targeted with acts of civil disobedience on Thursday as labor organizers escalate their campaign to unionize the industry’s workers, Candice Choi reports, Civil disobedience expected in fast-food pay fight. Kendall Fells, an organizing director for Fast Food Forward, said workers in a couple of dozen cities were trained to peacefully engage in civil disobedience ahead of this week’s planned protests. A spokesman for the Service Employees International Union, which has been spearheading the protests, said home health care aides will join the actions in some locations. The “Fight for $15” campaign has gained national attention at a time when growing income disparities have become a hot political issue with many workers only making $7.25 per hour equating to $15,000 a year for 40 hours a week. Catherine Fisk, a professor of labor law at the University of California in Irvine, said, “The goal is to persuade workers that it doesn’t have to be this way. The goal is to persuade consumers that it doesn’t have to be this way. This is about getting attention to the issue.” The National Restaurant Association, in a statement, said that the fast food protests are attempts by unions “to boost their dwindling membership.” The industry lobbying group said it hopes organizers will be respectful to customers and workers during the protests this week. Several lawsuits claiming wage theft by McDonald’s and its franchises have been filed in three states on behalf of workers. McDonald’s Corp. has said it would investigate the claims.

As the fight for fair wages continues, another fight for racial equality continues in the suburb of Ferguson as many do not see a gray area in the shooting of Michael Brown. Jesse Washington reports, No gray area: Beliefs shape view of Brown killing, many Americans see the Michael Brown killing in Ferguson as black and white with no gray area with many convinced there was no justification for Wilson to kill Brown because he was unarmed and others see it as justified because Brown threatened Wilson. In a CBS News and New York Times poll, 64 percent said they didn’t know enough to say if the shooting was justified and only half said they paid attention to the case. About 100 Wilson backers nearly all white gathered outside Barney’s Sports Pub in St. Louis late last month carrying signs like “Heroes Have A Right To Protect Themselves,” while a multiracial group of about a dozen Brown supporters stood across the street. Passing drivers honked in support of one side or the other, screamed obscenities, or raised middle fingers out of windows, Washington reports. Lou Manza, chair of the psychology department at Lebanon Valley College in Pennsylvania, said in an email: “If one were to view a police officer pointing a gun at someone, and they also view police negatively, they may very well ignore whatever events precipitated the officer drawing his/her weapon, even though that action may have been entirely justifiable. On the other side, if one has a favorable view of police, they’re going to ignore the alleged assailant’s behavior, and simply assume that the police officer is correct, despite the fact that the officer may very well be wrong and unjustified in their actions. Confirmation bias is a subtle but strong effect and once a belief is established, it can be VERY difficult to change it.” The same can be said for others cases filled with racial controversy such as O.J. Simpson, Rodney King and Trayvon Martin where people loked at the same information and came to different conclusions.

Meanwhile, one of the most infamous and oldest hate groups in the country, the Ku Klux Klan, appears to have stepped up its recruitment using the hot top of immigration as its platform, according to an AOL report, Ku Klux Klan steps up recruitment, focuses on immigration. Multiple CNN affiliated report the Ku Klux Klan spreads its new message using flyers and candy stuff ziploc bags to attract recruits in the past couple of month around the U.S. including the Hamptons in New York and neighborhoods in South Carolina, Texas and Orange County, California. According to KTLA, the flyers include “SAVE OUR LAND. JOIN THE KLAN.” According to WHNS, the KKK hotline recording say, “Be a man, join the Klan. Illegal immigration is the story of America. Always remember: if it ain’t white, it ain’t right. White power.” Robert Jones, head of one of New York’s KKK chapters told the New York Times: “A lot of Americans are fed up with immigration right now. … This immigration problem… is destroying this place. I have never seen the Klan expanding the way it is now.” Despite those claims, the Southern Poverty Law Center (SPLC) says since the 1970s, the historically violent group has been “weakened” due to internal problems, court cases and from the government stepping in.