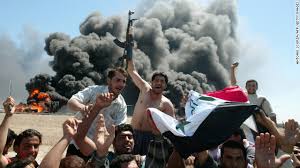 As the world seems to head into a downward spiral of blaming and shaming, the United States struggles to keep its grip on the rest of the world and hold on to the power and respect it may of once had. No one event can be pinpointed in its illustrious and not soon forgotten contemptible past as many countries if not all have committed crimes against their own people including these so called superpowers. As of lately though, the POTUS seems to be dealing with many volatile situation involving our not so friendly sometimes outright hostile neighbors from across the sea even the world. The conflicts of Syria, Ukraine, North Korea, Iraq and Russia are just a few that have made headlines in the past year, however this article will only discuss the most recent conflicts and the involvement. whether warranted or not, of the United States, U.N. and other so called aggressors. This year alone, Obama and let’s not forget a lackadaisical Congress have had to determine whether these crises and conflicts warrant the attention of the military or require a more gentle hand  in order to prevent a much bigger catastrophe some call a war. With increasing tension around the world between neighboring countries, it is more important than ever for not just the United States but the world to take note that the solutions are many and war should not be the first. Of course, these problems are not all rooted in this presidency but left overs from decades long ago.

The Iraqi conflict, one of the longest standing conflicts in the Middle East, has lead to increasing participation from the United States and other U.N. nations in order to settle long standing disputes in the country and the aftermath of several wars. In an article published on June 16,2014 titled, Iraq Conflict: Sunni Militants Capture Northern Iraqi Town, Hamza Hendawi and Qassim Abdul-Zahra explains the deepening Iraqi crisis has lead to an all out war between the Shiite militias and the Sunni insurgency across the country according to officials. Iran has decided to help the Iraqi government fight against the insurgency which is something unheard just a few weeks ago and with this the United States has decided to help as well. The United States will deploy 275 military troops to protect the U.S. Embassy and other American interests, however the White House insists that no more combat troops would be sent. The insurgents has seized the strategic city of Tal Afar never the Syrian border as part of its goal to link both sides of the Iraq and Syrian frontier. According to Iraqi officials, Tehran’s Quds Force commander, Iranian General Ghasem Soleimani, has been advising in Iraq on how to push back the Islamic State of Iraq and the Levant, an al-Qaida breakaway group. The U.S. has been notified of his presence, but his presence in Iraq has led to Sunni suspicions about the Shiite led government’s close ties to Tehran, according to the Associate Press. Since the U.S. troops left in 2011, the Islamic State has vowed to march to Baghdad, Karbala and Najaf threatening the stability of Iraq. The Friday before this article was published, Iraq’s top Shiite cleric Grand Ayatollah Ali al-Sistani, orginally from Iran, call on the people to defend the holy shrines. The call to arms has lead to armed Shiite militiamen parading on the streets and volunteers joining the security forces chanting Shiite religious slogans. This new mobilization has lead to further allegations of a sectarian slant adding to increased tensions before and after the incursions of this last week with thousands killed since late last year. Soleimani, a powerful figure in Iran’s security establishment, and his Quds Force a secretive branch of Iran’s Revolutionary Guard were also involved in the mid 2000s with organizing Shiite militias against U.S. troops in Iraq and more recently involved in helping Syrian President Bashar Assad against Sunni rebels, according to U.S. officials. His visit and subsequent training of the Shiite militias by his Quds Force means Iran could take a role similar to the one it played in Syria which has been crucial to the survival of Assad.

According to a senior State Department Official, as reported by Hendawi and Abdul-Zahra, “will not include military coordination or strategic determinations about Iraq’s future over the heads of the Iraqi people.” President Obama informed Congress in a formal report that troops deployed to the area would be equipped for combat and remain in Iraq until the security situation improved. So far, 160 troops are in Iraq includinf 50 Marines and 100 Army soldiers. In addition, under the authorization Obama outlined, a U.S. official said the U.S. will put 100 soldiers in a nearby third country to hold in reserve until needed. Separately, U.S. officials hinted at a possible limited special forces mission, not yet approved, focused on training and advising Iraqi troops. Unfortunately, many have fled the areas of conflict across the nation’s north and west. The capture of the city of Tal Afar by the Islamic State has allowed the group to travel freely between Syria and Mosul, Iraq’s second largest city, moving money, weapons and equipment. Security around Baghdad, in the western and northern edges, has been tightened leading to a rise in food prices because of the transportation disruptions on the main road heading north to the capital. Security at U.S. Embassy in Baghdad has also strengthens, while many staff members were sent to neighboring Jordan and elsewhere in Iraq, the State Department said last Sunday. U.S. citizens are cautioned to avoid all non-essential travel to Iraq. In addition, the United Nations said it had relocated 58 staff members from Baghdad and moved addition personnel out of the capital due to security concerns, reports the Associate Press.

Meanwhile, on Thursday of last week, as reported by Lara Jakes and Julie Pace in their article entitled Obama: US will send up to 300 military advisers to Iraq, President Obama confirmed that 300 military advisers will be sent to help with the insurgency crisis in the crumbling state. He advised that the Iraqi leaders should try to govern with an inclusive agenda in order to prevent a civil war and will leave the possibility open for targeted military action i the future. The 300 military advisers will join up with 275 positioned in and around Iraq to provide security and support for the U.S. Embassy in Baghdad and other interests, but the President reassured that U.S. troops would not be returning to combat. Obama told reports in the White House briefing room that the conflict must be solved by Iraqis and that the leaders must rise above their differences and come together. Congressional leaders met with the President last Wednesday to discuss the situation in Iraq giving him the go ahead from Congress to take some steps to quell the al-Qaida insurgency.