When I read the many stories, look at the many pictures, and reflect on my one experience with homelessness and hunger, it concerns me that as a society we treat our not so fortunate counterparts as subhuman. What if their was a world where homelessness and hunger never existed or people decided enough is enough? This page is designed to give you a full view of the world through the eyes of many who are or have extensive experience with those who are destitute and sometime force from society because they do not live up to the ideal or they are an eye sore to passersby. It may sound harsh but many communities have found ways to eliminate or push out the homeless leaving the problem unsolved. The pictures, quotes and stories I am about to share with you below I hope will serve to inform and inspire you to help in the fight to end the great divide between the haves and the have-nots in this world.

Great sites that will help you on your journey to erase the line:
Be A Hero for a Better World
Transitional Living Communities
Homeless Shelters USA
Homeless Resource Center
Eva’s Village
HUD Assistance for Homeless
Homeless Resources HHS
Homeless Shelter and Resource Directory
Partnership for the Homeless
Just Give- 35 Ways to Help the Homeless
Sponsor a Child-SOS Children’s Village
Food for the Poor
Women for Women
Charity.com- Poverty and Hunger
No More Poverty
Catholic Charities USA Poverty in America
There are so many great foundations who are continuing the fight and need your help so if you would like to see them added please don’t hesitate to contact me at craftymcclever@gmail.com

“There is much suffering in the world – physical, material, mental. The suffering of some can be blamed on the greed of others. The material and physical suffering is suffering from hunger, from homelessness, from all kinds of diseases. But the greatest suffering is being lonely, feeling unloved, having no one. I have come more and more to realize that it is being unwanted that is the worst disease that any human being can ever experience.”
— Mother Teresa

Teaching About Hunger, Homelessness and Poverty:Suggested Activities and Sources of Information for Elementary through College Students and Adults

All these people talking about morality should just take a walk downtown. They don’t want to go downtown because instantly they see homeless people and they don’t want to.
— Neil Young

“On this International Day for the Eradication of Poverty, let us recognize that extreme poverty anywhere is a threat to human security everywhere. Let us recall that poverty is a denial of human rights. For the first time in history, in this age of unprecedented wealth and technical prowess, we have the power to save humanity from this shameful scourge. Let us summon the will to do it.”
— Kofi Annan

Anyone who has ever struggled with poverty knows how extremely expensive it is to be poor.
— James A. Baldwin

We, who have so much, must do more to help those in need. And most of all, we must live simply, so that others may simply live.
— Ed Begley, Jr.

“Poverty is everyone’s problem. It cuts across any line you can name: age, race, social, geographic or religious. Whether you are black or white; rich, middle-class or poor, we are ALL touched by poverty.
— Kathleen Blanco

Do we have the will to make poverty history?
— Bono

Peace is no mere matter of men fighting or not fighting. Peace, to have meaning for many who have known only suffering in both peace and war, must be translated into bread or rice, shelter, health, and education, as well as freedom and human dignity – a steadily better life. If peace is to be secure, long-suffering and long-starved, forgotten peoples of the world, the underprivileged and the undernourished, must begin to realize without delay the promise of a new day and a new life.
— Ralph J. Bunche

There are genuinely sufficient resources in the world to ensure that no one, nowhere, at no time, should go hungry.
— Ed Asner

“It is important for people to realize that we can make progress against world hunger, that world hunger is not hopeless. The worst enemy is apathy.”
— Reverend David Beckmann

We are a country that prides itself on power and weatlh, yet there are millions of children who go hungry every day. It is our responsibility, not only as a nation, but also as individuals, to get involved. So, next time you pass someone on the street who is in need, remember how lucky you are, and don’t turn away.
— Lesley Boone

We spoke out, committed civil disobedience, and went to jail because the peace hangs senselessly and precariously upon weapons costing billions to build and billions to improve — weapons which become more useless as we add to their destructive force. With this money we could have fed the world’s people. Half the children on earth go to bed hungry — millions more have retarding and stunting protein deficiencies. Instead of building the peace by attacking injustices like starvation, disease, illiteracy, political and economic servitude, we spend a trillion dollars on war since 1946, until hatred and conflict have become the international preoccupation.”
— Daniel Berrigan

Public charities, foodbanks and church pantries are doing more than ever before, but they can’t keep up with the need. We can never end hunger only through the wonderful work of local charities. Like other Western democracies, we must end our national problem of hunger through national and political leadership. Charity is nice for some things, but not as a way to feed a nation. We don’t protect our national security through charity, and we shouldn’t protect our families and children that way either.
— Jeff Bridges

There is no finer investment for any community than putting milk into babies.
— Sir Winston Churchill 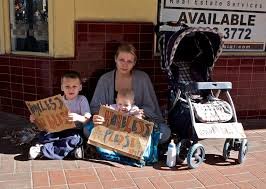 The problems we face today, violent conflicts, destruction of nature, poverty, hunger and so on, are human-created problems which can be resolved through human effort, understanding and the development of a sense of brotherhood and sisterhood. We need to cultivate a universal responsibility for one another and the planet we share.
— 14th Dalai Lama

“I believe it is wrong, in a country of such wealth and prosperity, to have 36 million Americans living in poverty.”
— John Edwards

Every gun that is made, every warship launched, every rocket fired signifies, in the final sense, a theft from those who hunger and are not fed, those who are cold and are not clothed.
— Dwight D. Eisenhower

“Every week a tsunami rips through poor towns and villages all over the world. It claims 25,000 lives a day, 175,000 a week. It sweeps children from the arms of their mothers, robs hundreds of millions of any hope for the future. That tsunami is hunger. Help us end it now.”
— Colin Farrell 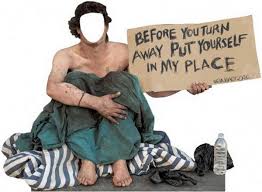 The full extent of the problem of hunger is not obvious to most of us. We see the homeless, but there are a great number of working poor, struggling to survive, who don’t have enough money to put adequate food on the table. We must find a solution to this ever-increasing problem — and quickly.
— Scott Glenn

No one in this country need go hungry, and alleviating the problem is primarily a matter of readjusting our priorities. In both the government and the private sector, self-interest has displaced the ideal of community that made this country great. The old world view of “us, we, our” has been replaced by “I, me, mine.” The reasons for this are manifold and complex, but at the end of the day, we need to remember that, if one of us is suffering needlessly, all of us are diminished.
— Don Henley, singer/songwriter

“It’s amazing how many people are being fed because of this crazy little thing we started. We’re feeding millions and it is not costing anyone anything.”
— John van Hengel, “Father of Foodbanking”

“I am not blind to the shortcomings of our own people. I am not unaware that leaders betray, and sell out, and play false. But this knowledge does not outweigh the fact that my class, the working class, is exploited, driven, fought back with the weapon of starvation, with guns and with venal courts whenever they strike for conditions more human, more civilized for their children, and for their children’s children.”
— Mother Jones

Never before has man had such capacity to control his own environment, to end thirst and hunger, to conquer poverty and disease, to banish illiteracy and massive human misery. We have the power to make this the best generation of mankind in the history of the world — or to make it the last.
— John F. Kennedy

Why should there be hunger and deprivation in any land, in any city, at any table, when man has the resources and the scientific know-how to provide all mankind with the basic necessities of life? There is no deficit in human resources. The deficit is in human will.
— Martin Luther King, Jr

“The peoples of many countries are being taxed to the point of poverty and starvation… to enable governments to engage in a mad race in armaments… This grave menace to the peace of the world is due in no small measure to the uncontrolled activities of the manufacturers and merchants of engines of destruction, and it must be met by the concerted actions of the peoples of all nations.”
— Franklin D. Roosevelt

We must add our voices to those who cry out that there is a standard below which we will not allow human beings to live, and that that standard is not at the freezing nor starving point….In a democracy all are responsible.
— Hannah Solomon

“The arms race can kill, though the weapons themselves may never be used…by their cost alone, armaments kill the poor by causing them to starve.”
— Vatican statement to the U.N., 1976

5 thoughts on “A World Without a Poverty Line”